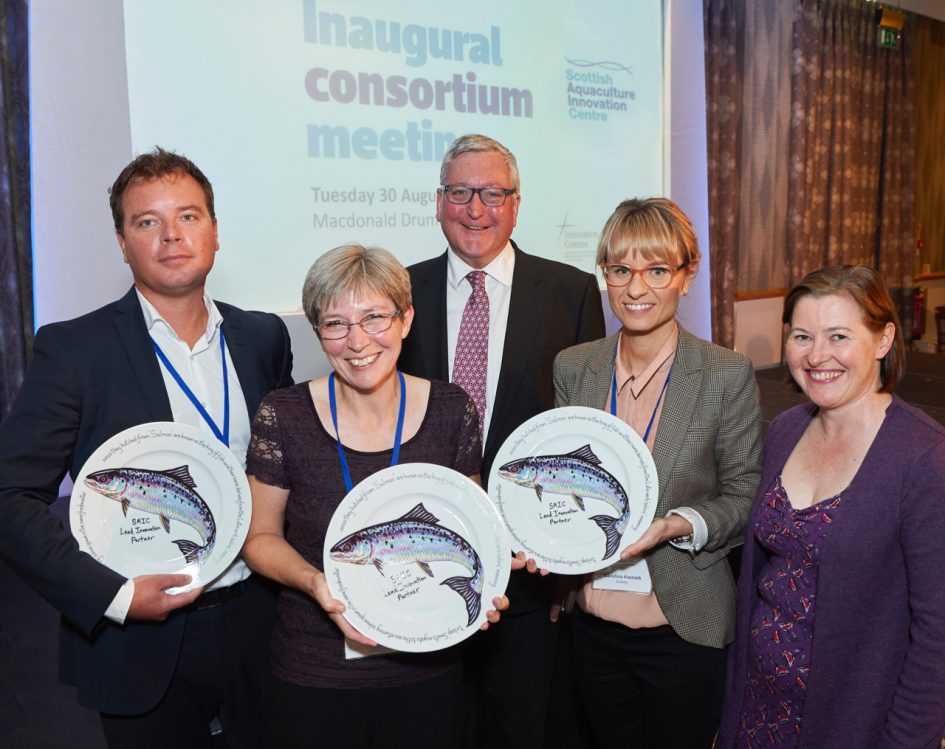 On Tuesday 30th August 2016 the Scottish Aquaculture Innovation Centre (SAIC) held its inaugural consortium meeting for industry members.  SAIC is one of seven innovation centres funded by the Scottish Funding Council to facilitate the translation of academic knowledge into solutions for industry defined problems.

The meeting was attended by more than 80 members of the consortium from all areas of the aquaculture sector including producers, processors, supply chain and logistics. SAIC provided an overview of where their funding had been used so far and the MSP Fergus Ewing (Cabinet Secretary for Rural Economy and Connectivity) gave a speech in which he confirmed Scottish Government support to drive forward the growth and ambitions of the aquaculture sector.  Also at the meeting two new projects were announced under the SAIC priority area of alternative sustainable feed sources.  One of these projects involves researchers from the University of Stirling who will investigate the use of avian proteins as an alternative source of protein in feed for salmon.  The project will be led by the feed company BioMar Ltd along with SARIA Ltd and WM Morrisons plc.  I collected a commemorative plate on behalf of Stirling to mark the start of this project alongside Dr Karolina Kwasek of BioMar; Ben Hadland of Marine Harvest also received a plate as the lead partner in the second feeds project.