Legal Consciousness and Subjectivity: Women’s Rights and Violence in Bolivia

Given the nature of my work I can’t share most photos, however this was during fieldwork at an event focused on violence against women, organised by women’s group, Mujeres Creando, in La Paz 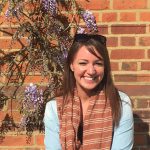 A profile of her doctoral research topic by Ashley Rogers, PhD candidate in Faculty of Social Sciences

Since Evo Morales became the first indigenous president in 2006, Bolivia has witnessed many changes with regards to law. At the start of 2009, the Morales government – the Movement towards Socialism – created a new constitution, which set out increased rights for women as well as recognition of indigenous forms of law. Following from this, there was greater pressure to address the issue of violence – both domestic and political – and in 2013, the government passed Law 348: The Comprehensive Law to Guarantee Women a Life Free from Violence. 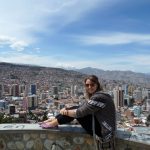 Overlooking La Paz – the location of my fieldwork

My doctoral work explores these legal transitions in the city of La Paz, the administrative capital of Bolivia, using ethnographic methods. Through participant observation in a women’s centre as well as interviews with institutions and organisations involved with these transitions and the implementation of the law, the law itself is examined through everyday interactions and lived experiences using the framework of legal consciousness.  For my PhD, my fieldwork was conducted over a period of twelve months, from October 2014 to October 2015.

Funded by the Economic and Social Research Council, my socio-legal PhD is supervised by Prof. Samantha Punch and Dr. William Munro, in the Faculty of Social Sciences. Having conducted her own doctoral research in Bolivia using ethnographic methods, Prof. Samantha Punch’s extensive knowledge on both the location and the methodology have been invaluable, and Dr William Munro’s theoretical knowledge and engagements have enabled and facilitated a deeper exploration of the relationship between law and society, and in particular the legal subject. The combination of both supervisors, with their own unique contributions and approaches, has created a much valued space within which I feel very encouraged and supported.  My development during my PhD Research is further reinforced through my membership of the Crime and Justice Research Group and also the Scottish Centre for Crime and Justice Research, whereby opportunities are offered for involvement in other research projects and team-working with other academics. Wider experience in research as a result of my membership has led to a broader consideration of important themes and issues that transcend the boundaries of research areas, allowing a greater identification and recognition of the salience of both my work and my methodology.

Research focused on women’s rights, and in particular on violence against women in Bolivia since the introduction of Law 348 has been somewhat limited, largely due to lack of funding and the recent closure of important women’s rights organisations. Regardless, there has been a growing number of women’s movements in relation to violence against women and the crime of femicide. Movements and calls for better implementation of Law 348 in Bolivia can be found through social media platforms, such as Facebook, where groups such as #NiUnaMenos Bolivia have been created, and pages dedicated to raising awareness are attracting increasing attention not only from women within Bolivia, but also globally. A good example of this is a page entitled Ley 348 – Against Abuse of Women in Bolivia. Many of the broader issues in relation to my work draw on engagements with the structural conditions of society such as gender justice in Latin America, for which Sieder and McNeish (2013) are particularly relevant as well as recognition of the value of ‘epistemologies of the South’ (Sousa Santos 2014). My paper entitled “Legal Consciousness, Women’s Rights and Identity in Bolivia” received positive feedback when presented in Braga, Portugal, at the annual conference for the European Group for the Study of Deviance and Social Control, of which I am also a member.

My doctoral research is in the final stages of writing-up, and will be completed early 2017 – watch this space for my thesis on STORRE.