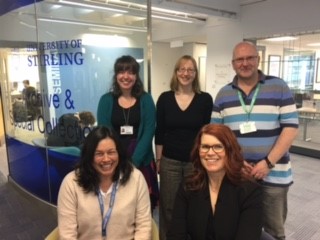 The Research and Scholarly Communications team will provide a tailored support service to the research community, in order to support the University’s ambitions to grow research income and activity. We came into existence on 1 August 2016.  The team brings together existing experts and resources (including the University Archives, repositories, research data management, APCs, etc.), enabling dedicated support and liaison activity which serves the research community.

Our top priorities for the coming year include working with REO on the new RMS system, adopting the UK Scholarly Communications Licence (UK-SCL), increasing ORCID uptake amongst researchers working on the Digital Research Strategy and working on the University’s 50th Anniversary. 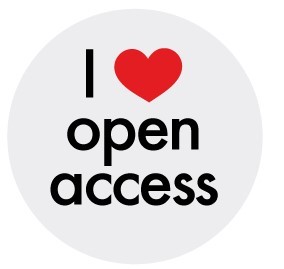 Many librarians, repository managers and research officers have recognised that open access is a complex and complicated area for many researchers to get their heads around.  So Chris Banks the University Librarian, Imperial College and Dr Torsten Reimer, formerly of Imperial College but now at the British Library, suggested creating the UK-SCL to other librarians and interested stakeholders.  The UK-SCL is based on the Harvard model, which is used by over 60 institutions worldwide but as UK law is different the UK required a different licence.  The UK-SCL applies to all scholarly articles and conference proceedings, but not monographs. It is seen as an interim solution until sustainable OA publishing options emerge. We hope that it will reduce the complexity of multiple funder and publisher policies into a single action. HEFCE has confirmed the UK-SC policy more than meets the deposit requirements for the post- 2014 REF.

The benefits to authors of the UK-SCL are

The benefits to institutions are

Our plans at Stirling are to update affected policies and raise awareness of researchers so they know what they have to do.

I hope you agree that this is a huge step forward to streamlining the Open Access landscape!

ORCID is an open, non-profit organisation, sustained and run by its members – research 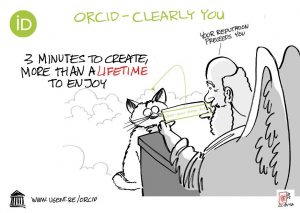 organisations.  It provides persistent, unique digital identifiers to connect researchers and other research contributors to their affiliations, outputs, awards and achievements.  Through integration of ORCID identifiers in research workflows such as manuscript submission and grant application, automated linkages can be made between researchers and their professional activities to ensure that their work is correctly attributed and recognised.  These linkages will, in time, ease and reduce routine tasks such as reporting, preparing profiles for grant applications and correctly identifying and describing collaborators and job applicants.   ORCID will also allow institutions to assert and approve affiliations and allow grant awarding bodies to assert and approve award recipients, making it much easier to check authenticity against authoritative sources and accurately assess career trajectories. At 1st September 2016, ORCID had issued over 2.5 million identifiers to individual researchers, linked to over 15 million works.  ORCID IDs appear in many other systems:

Benefits of ORCID … to the researcher:

If you don’t have one already please register and then record it within your RMS record.  If you need help adding your publications to your ORCID profile, please contact me