Academia and Motherhood – a post-doc’s experience 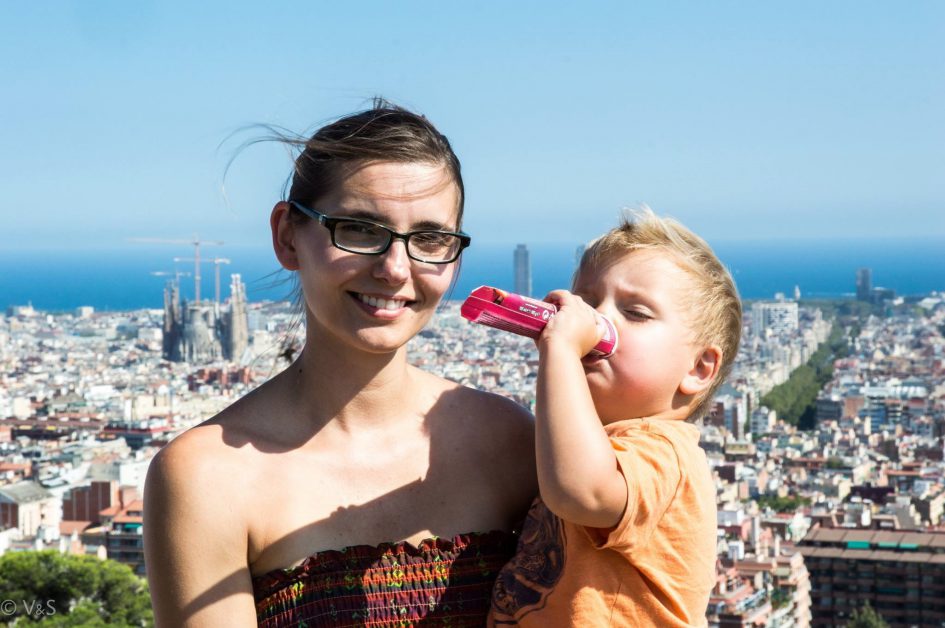 Ever wondered what it is like to juggle academia and motherhood? Grab a cuppa, sit back and let Viktoria take you through the joys and pitfalls of being an academic as well as a mother. 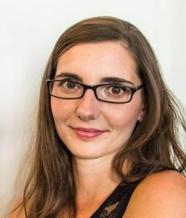 My google search bar when I google ‘how to’ currently includes the suggestions of ‘how to draw a cow’, ‘how to make paper snowflakes’, and ‘how to use bootstrapping functions in SPSS’. I am a mom and an academic.

Since April 2016, when I finished my PhD I have been a part-time Post-doctoral fellow/Research assistant in Psychology, studying human face processing with Professor Peter Hancock. My research thus far has involved trying to ascertain the timeline of how we learn faces. For example, humans are generally able to recognise close friends with ease even in difficult circumstances (i.e. changing view-points or expression), but are not very good at recognising unfamiliar faces (those we have only had short exposure to) in these circumstances. So my interest at the moment is to find out when we start to treat unfamiliar faces as familiar and involves asking participants to meet with an individual, for example me, for certain periods of time, and then giving them ‘matching’ tasks (see images) to examine the progression of face learning.

Both of these pictures are of Viktoria but if you didn’t know her you may struggle to realise.

These are two different people but are often mistaken as both being Viktoria.

I am also a mom of a 2.5 year old little boy who I had during my PhD. Life has not been without its challenges trying to juggle both an academic life and a child, and things definitely became a lot more exciting in April 2014! Below I’ll try to outline some of the main areas which, in my experience, change or I find myself thinking about when it comes to being an ‘academic mamma’.

After maternity leave, many mothers are confronted with the prospect of going back to work. The choice is quite personal and a lot of mothers have very strong opinions on when to go back, how many days to work, who should be looking after their child in the meantime, etc. It’s not a decision taken lightly, and sometimes it’s beyond our control – for example if there are no jobs available or if there are only full-time positions open. I got lucky. The job opportunity with Professor Hancock was advertised initially as full time, but I knew as soon as I finished my PhD and started job hunting that I wanted to work part time. I went for the interview anyway… I was offered the job and enquired about working 3-days a week, and luckily that was fine!

For me, the three-day work-week is a great way to balance the things that I love: research, critical thinking and experimental design, and playing and enjoying time with my little guy. At first getting used to the switch from being at home to going to work was tricky (i.e. the first day of work you feel a little slow at retaining new information and a bit behind on whatever was discussed while you were not there, while by Friday you finally feel in the full swing of things only to have to go home for the weekend). That quickly remedied itself though, and I have now fully embraced the work/home schedule.

Productivity and working from home 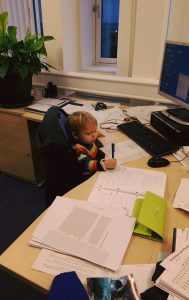 During my PhD I took regular tea breaks –in fact as a matter of course every morning began with at least a 30 minute chat over a cup of tea. Usually there would be a long lunch somewhere in there, and if I didn’t get the work I had to get done by 5pm done, then no problem, I could just stay an hour later and finish it, or finish it at home that evening or over the weekend. Unfortunately, when you have a little person vying for your attention, wanting to fill your slippers with toy cars, hide your keys in obscure places, who is hungry for a banana but not that banana, and who is obsessed with making dens from blankets, throughout their waking hours, things like working at home become somewhat like a mirage – on the surface it appears plausible, but as soon as you try it you are confronted with a tiny human on your lap trying to type or chat in your ear. Even then, in the brief periods that constitute his naps, which are never predictable in their length, it is tricky to motivate oneself to work especially as there is banana detritus to clean up and cars to remove from slippers.

Thus, having decided that working at home is a no-go (unless daddy is willing to entertain once he gets home or on the weekends), the only course of action is to be extremely productive during my work days. My tea breaks are now usually limited to running to the kitchen and back, and I generally take my lunch at my desk, but that is balanced by my two days at home a week so I don’t mind. Having a child really puts into perspective the importance of being productive at work (although I am using working hours to write this blog instead of doing research… sorry Peter!).

Every parent has probably at some point, after seeing their child in a flood of tears over something seemingly trivial, thought to themselves ‘what do I do now??’. Trying to reason with a toddler in full melt-down mode is, I imagine, quite similar to trying to reason with a cat; you might get a scornful look, or even a scratch on the arm. They won’t understand that you can’t just regurgitate the apple they offered to you a minute ago and then changed their mind about and actually wanted to eat themselves, or that their favourite pyjamas are in the wash after a week worth of wear. Do you leave them to ‘cry it out’ until they feel better? Do you give them a cuddle and wait for it to pass? Do you put them on the ‘naughty step’ and tell them they are being unreasonable? Do you try all of those in quick succession and hope one works? I still haven’t sussed it and honestly question almost every aspect of my parenting, from praising behaviour vs. inherent traits (apparently the latter is bad!), to instilling independence while at the same time being available and encouraging. Soft touch or firm hand?

This is where I believe being an academic creates extra problems for parents. There are so many research papers on attachment, self-esteem, evolutionary principles, etc. which can be used to guide our parenting methods. Sometimes it feels like a maze where every path leads to a dead end with a large neon sign flashing ‘you’re doing it wrong!’. Did people in hunter-gatherer or agricultural societies worry about the way they were raising each of their children when they had 7 and one on the way? I’m even overanalysing now, so I’m just going to stop and move on to the next section (I think I’ve made my point).

Questioning the future
Akin to the questioning of parenting methods, I think many academic moms also question their future in academia (there is even a Facebook group dedicated to traversing academia as a mom!). For every women like myself who has given birth, taken over a year out, and is now working part-time and mostly restricted to working during work hours, there is someone who is able to work 9am to 9pm without pause, writing grants, papers, and conference presentations. They have yet to discover the joys of finding keys hiding in the shoe cabinet or building a den from duvets but they will churn out 15 peer-reviewed publications a year. Practically that’s just the way life is, and there is an entire debate about women in academia and why so many decide to leave after a PhD, or even after a post-doc, and why so many women either postpone or decide not to have children in order to be secure in their academic roles first. 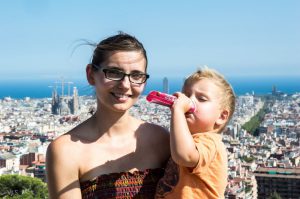 I can’t say I regret doing it the way in which I did, however I can say that I feel a few doors have been partially closed to me, and my ambitions, perhaps a tad inflated, when I first started my MSc 9 years ago, of winning a Nobel prize are dashed. I chose this path for myself and am happy with how my life panned out. I may only have a single publication in 2016, but I do have a little boy who can now tell me when he needs to go to the potty!

While motherhood and academia are not mutually exclusive, I believe many women feel that having a child will inevitably stall or slow the progress of even the most driven and determined academics – especially if they decide to take a year out of academia and replace it with tricky nights of cluster-feeding, clingy teething infants, and countless baby/toddler classes. That doesn’t mean that we can’t catch up, and find post-docs or positions which we are content with elsewhere in academia or beyond. So while our meteoric rise to academic tenure may seem like trying to sail against the wind, there is hope that most of us will reach our destination eventually, or at least a destination we are content with.