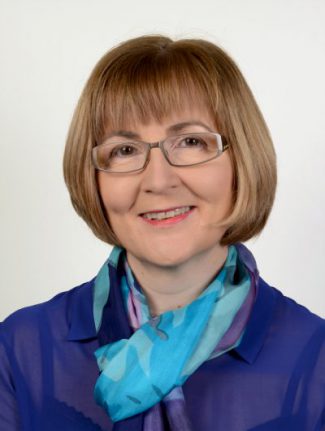 We are delighted to welcome Professor Maggie Cusack to the University of Stirling as our new Dean of Natural Sciences. Joining us from University of Glasgow, Maggie has had a successful career in academia and we’re delighted to get to know her, and her research, a bit more in our #REOBlog. So without further ado – Welcome to Stirling, Maggie!

Professor Maggie Cusack completed a PhD at the University of Liverpool where she studied the sweetest substance known which, surprisingly, is a protein called thaumatin. Protein research then brought her to Geosciences where she investigated proteins in brachiopod shells, establishing her enthusiasm for modern and fossil biominerals. As Professor of Biomineralisation, Maggie’s research interests are broad and multi-disciplinary. These interests include extracting environmental information from shells and corals using isotopes and trace elements, how shells of economically important species such as mussels, will be affected by environmental change including ocean acidification, resulting in one of her favourite publications, ‘Ocean acidification impacts mussel control on biomineralisation‘ as published in Nature: Scientific Reports and even how stem cells respond to nanotopography of shells to produce bone.

As a member of the EPSRC peer-review College, external examiner for the MSci Geoscience degree at the University of Durham and a mentor for four early career researchers, Maggie’s advice to early career colleagues is to be out and about with an open mind for opportunities and collaboration. 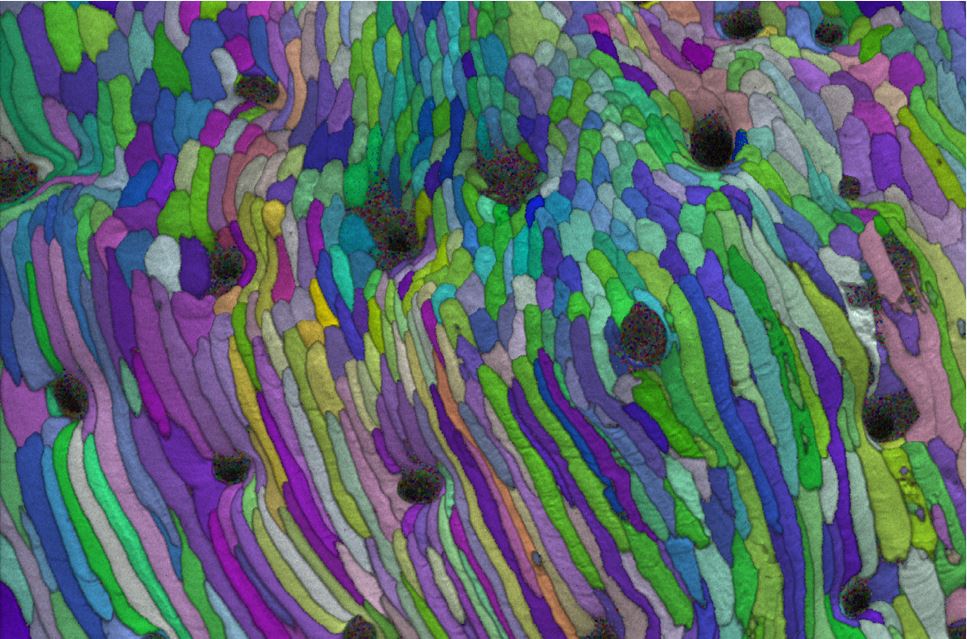 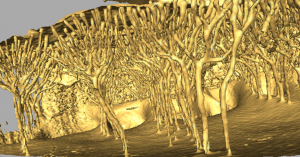 Figure 2 Tomography of brachiopod shell indicating arrangement of perforations within the shell as a winter orchard (Height of image = thickness of shell = 300µm).

She is also an advocate for communicating her research in a variety of mediums with an impressive publication record, active Twitter account @Maggie_Cusack and a recent ‘artist in residency’ project as part of a Leverhulme award in which Maggie works with artist Rachel Duckhouse to collaborate on the patterns in biominerals. Their collaboration focuses on the MRC project on which Maggie is the PI ‘Stem cell metabolomics for bone therapies and tissue engineering’.

Maggie has just been awarded a NERC grant entitled ‘When isotopes don’t clump…..’ Clumped isotopes, the occurrence of more than one heavy isotope in a molecule at a frequency greater than expected by random distribution, is thought to record temperature alone. This exciting project will test isotope clumping in natural biominerals as well as minerals grown in controlled lab-on-a-chip (see Figure 3) conditions to identify any conditions when clumping might fail.

With her recently funded NERC grant and a number of exciting activities taking place from April, Maggie is going to have a filled and exciting time ahead as she settles into life at Stirling. In April 2017, Maggie will begin a three year term as Vice President (Physical Sciences) of the Royal Society of Edinburgh. Followed by a two part exhibition entitled ‘Shell meets Bone’ opening on 13th April 2017 at the Hunterian Museum, University of Glasgow as part of her Leverhulme collaboration with Rachel Duckhouse. Then, later this year, she will receive the Schlumberger Medal from the Mineralogical Society, in recognition of her scientific excellence in mineralogy and its applications.

Professor Maggie Cusack is looking forward to joining the University of Stirling as Dean of Natural Sciences and to leading the Faculty as it realises the strategic aims of the University.

Figure 2 Tomography of brachiopod shell indicating arrangement of perforations within the shell as a winter orchard (Height of image = thickness of shell = 300µm).