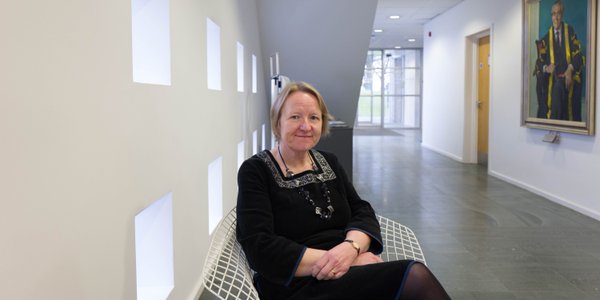 Professor Judith Phillips took up her appointment as the University’s Deputy Principal (Research) in March 2016. Since then Judith has taken time to get to know the research ‘DNA’ of Stirling, to look at ways to strengthen the research offerings, including the increase of PhD numbers, and to plan strategically for the establishment of research themes and centres. The University’s Strategic plan is key to the development of this, and Judith has been working with our team in REO and with the research teams throughout the University to ensure that we are working towards our target to enhance our research profile by 100 percent.

It was a great opportunity for Rachel and I to hear some of the interesting stories in her background, and we got a real sense of the fun of research.

Judith was attracted to the role here in Stirling as she had heard that Scotland offers a very diverse and successful research landscape, in terms of the number of universities and the collaborative funding available for innovation centres. Judith is working to ensure the structures and building blocks are in place to enable us to showcase the already excellent research that is happening here, to build on it and increase our success rate in applications, collaborations, and grants.

Following a geography degree at Aberystwyth University Judith moved to Sweden to study at the International Graduate School at Stockholm University. Returning to the UK she trained at Barnett House in Oxford and qualified as a social worker and worked in an adult services team. Judith always wanted to pursue research and she took the opportunity when it arose to undertake an ESRC funded PhD. This took her to the University of East Anglia in Norwich where following a PhD Judith became a research associate, before moving to the Centre for Social Gerontology at Keele University. In 2004, being aware of the possibilities of working closely with the Welsh Assembly Government, Judith moved back to Wales to set up the Centre for Innovative Ageing at Swansea University. 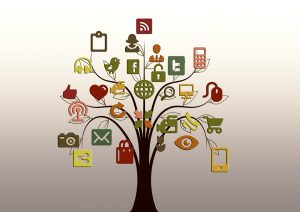 We asked whether Judith had any advice for early career researchers looking to establish their career. Her first piece of advice which was given to her at a young age was to never give up. Ymdrech a Llwyddfa! Judith gave us an anecdote from the start of her career when, despite her best efforts, she was unable to secure funding for one of her specialisms because she was ahead of her time and funders couldn’t see the benefit of the research at that time. She said that she didn’t give up after this initial setback, and her time did come.  Finding a niche or a quirky angle for your research may result in a small study initially, but in the long term could lead on to bigger opportunities.  She talked about the importance of having long term vision, thinking about the opportunities and potential sustainability of the research. Judith also highlighted the importance of networking and spending time at conferences getting to know people – you never know who you might meet over coffee and what that might lead to in terms of research collaboration. Indeed, when we heard about some of the later work that Judith is involved in, it was clear that these opportunities had arisen as a result of her vast network of colleagues and friends across the sector.

Judith’s personal research interests tend to fall into two distinct streams, environmental gerontology and care-giving.  Judith’s work often seemed to bring together topics which seemed disparate and unrelated, however when she explained the linkages they seemed obvious!  For example, she shared some insights about the melting of the polar ice-caps and the consequential effect of flooding for the ageing population in low-lying nations. It was interesting to hear how Judith, a geographer in her first degree, moved into social work, with an interest in the care of older people, and then as a researcher she pulled together these interests to develop her particular specialism that is truly interdisciplinary and has a real-life impact for many people. For example, we heard about her work with policy-makers on committees and boards, and her influence in the field of town planning, using applied research to influence the design of town centres and shops to benefit older people.

At the start of her career Judith focused more on research into care-giving and especially how women juggle care-giving and work, she conducted the first UK study of working carers interviewing senior management at employers such as Marks & Spencer to understand their policies towards employees with caring responsibilities. She also conducted one of the first studies on older offenders and how they are treated within the judicial system and whether that is different from a younger offender committing a similar crime.

Judith certainly seems to epitomise the tendency for researchers to have interesting, well-travelled, diverse experiences that makes the career path of each researcher so unique – it seems as though no two days have ever been the same for her!

When talking about what she enjoyed most about her role here, Judith told us about the ability to uncover the eclectic subjects that could be addressed by different disciplines, and mapping wide opportunities for collaborative working. For Stirling, she talked about the potential to make connections in our specialisms of dementia, psychology, arts and humanities, biological and environmental science, from food security through to the supply chain of retail, and the huge opportunities that these connections present with the Research Councils’ Global Challenges Fund.  This is being developed by Judith through the development of key research themes across the whole institution. Although the themes aren’t yet finalised, she did reveal that she has been very excited by the ideas so far and is looking forward to putting them into action.

We talked about the importance of communication and consulting widely across members of staff at the University. The development and strengthening of research teams, growing our capacity, and maintaining our strength in the many ‘niche’ fields that we cover, continuing to be the difference, are the action points that Judith told us she was keen to focus on.

All in all, we got a chance to hear Judith’s enthusiastic perspectives on the future at Stirling and that enthusiasm is certainly contagious!  We both came away from the interview feeling like we’d had expert insight into the power of interdisciplinary research, and the opportunities for Stirling to build on its existing success in this.

Further reading – if you’re interested in Judith’s research, these are some of her key publications that have had lots of interest in the field of gerontology:

Martin-Matthews, A. and PHILLIPS, J. (2008) Ageing at the Intersection of Work and Home Life: Blurring the Boundaries, New York. Taylor and Francis.