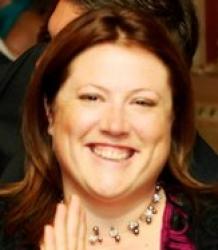 Tanya Wilson from the Economics Division of Stirling Management School has been awarded the 2016 Royal Economic Society prize for her paper Unemployment and Domestic Violence: Theory and Evidence. The Royal Economic Society prize was introduced in 1990 and is an annual prize awarded to the author of the best non-solicited paper published that year in The Economic Journal. A committee consisting of the RES President, a representative of The Economic Journal Editorial Board and one member of the Society Council, selects the winner.

Tanya, along with her co-authors Dan Anderberg, Helmut Rainer and Jonathan Wadsworth received their prize at the Royal Economic Society annual meeting in April.

Tanya explains the theory behind their paper.

Aside from the obvious physical and psychological harm suffered by the victims of domestic abuse, it also damages the economy. There is an annual estimated cost of £5.8 billion [1] placed on hospitals, police, the criminal justice system, schools and workplaces. It therefore makes sense to look at the ‘triggers’ of domestic violence from an economist’s point of view.

In public discussions there is a wide spread perception that incidences of domestic violence increase as levels of unemployment also rise. But the data shows that evidence for this perception is far from clear.

Figure 1 shows the pattern of unemployment rates for men and women in England and Wales over the period 2004-2011. Unemployment increased for both sexes at the start of the economic downturn in 2008, but more so for men. The rates for the two sexes have followed rather different patterns since then, levelling off for men after 2009, but continuing to rise for women. 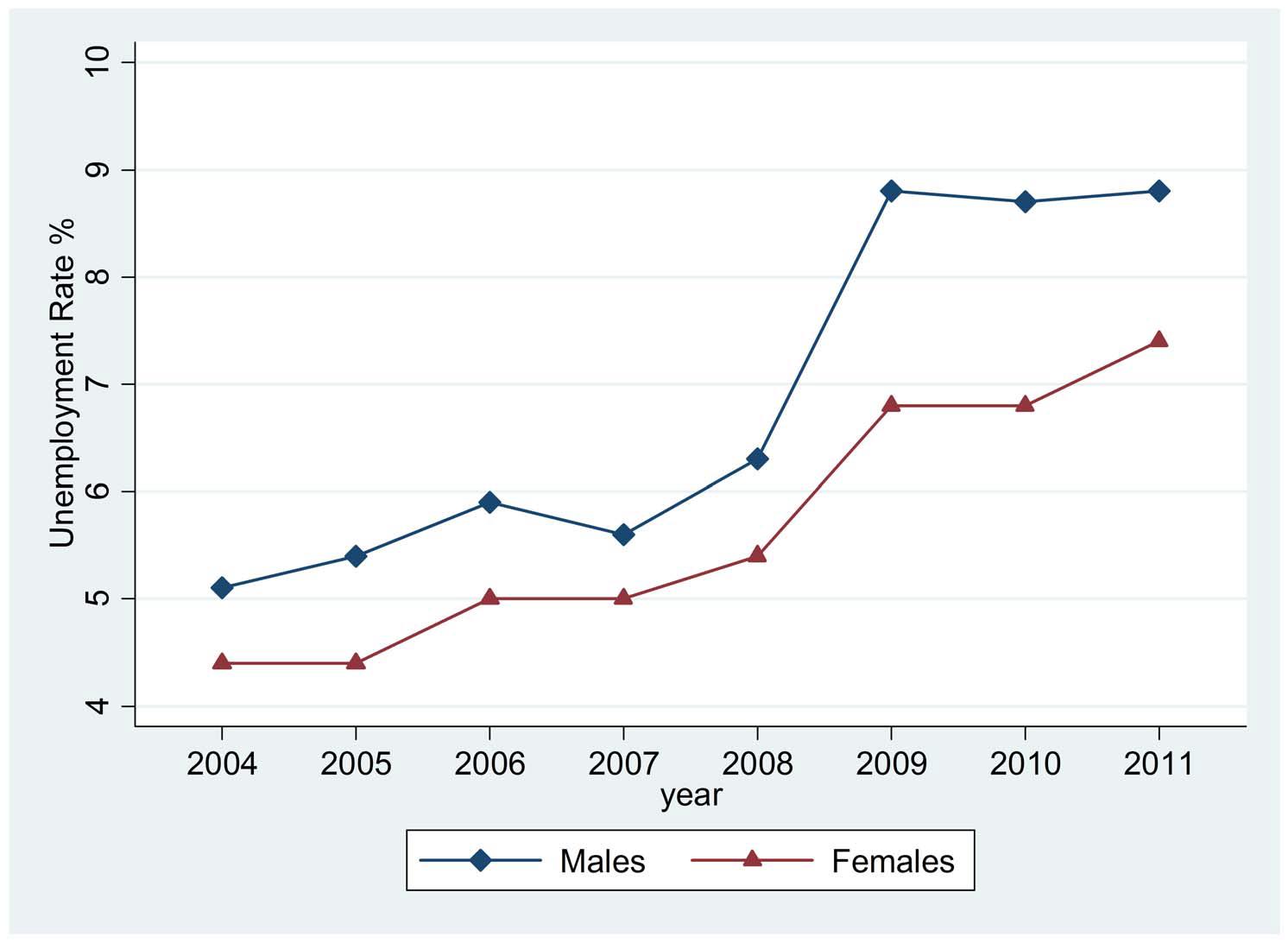 Figure 2 documents the incidence of all forms of reported domestic violence and physical abuse on women over the same period, using British Crime Survey (BCS) data. According to the BCS 6% of the female population of working age, around 560,000 women report some form of domestic abuse in any year. 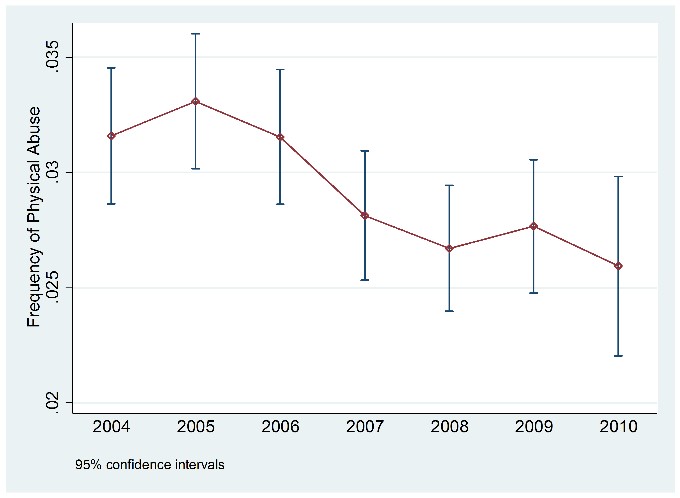 It is far from clear that the incidence of domestic violence rose after the economy went into recession. So rates of reported domestic violence fell in a period when unemployment was rising. What might explain these patterns?

Economists tend to think of human relationships in terms of costs and benefits. Partnerships can convey economic benefits – such as possible gains from pooling resources – but they may also incur costs if the relationship is in trouble. Partnerships then break down if the costs are greater than the benefits.

But what if unemployment is unevenly distributed across men and women?

For women, a higher risk of unemployment is also likely to reduce their chances of finding a job should the relationship break down, but it may, in certain cases, be associated with continuing in an abusive relationship.

To test this theory, we use data from the BCS on individual experience of abuse combined with data on local area unemployment rates among men and women.

Each survey includes interviews with around 12,000 women of working age who are asked whether they have suffered any abuse over the past 12 months, ranging from being repeatedly belittled to having a weapon used against them. Self-reported incidences of abuse in surveys are less likely to suffer from lower recording rates in official statistics that might be prompted by women’s fear of the consequences of reporting domestic violence.

From a policy perspective, it is therefore conceivable that measures designed to enhance women’s job security could be an important contributor to a reduction in domestic violence.